Born in Liverpool, Matthew Ball joined The Royal Ballet School aged 11 and graduated through the School Awards. Naturally, he joined the Company during the 2013/14 season and is promoted to First Artist in 2015 and Soloist in 2016. The same year, he is designed Best Emerging Artist at the Critics’ Circle National Dance Awards and nominated twice for Best Male Dancer and Performance. In 2017, he is promoted to First Soloist and Principal Dancer of The Royal Ballet of Covent Garden in 2018, quite a lightning rise!

With a strong interest in choreography, Matthew has also begun to create his own work, choreographing a trio for his Royal Ballet colleagues entitled ‘Waveform’, which was recorded and streamed for The Royal Ballet’s ‘Draftworks’ programme, and also a commercial campaign for the phone manufacturer ‘Xiaomi’ shot at the Natural History Museum.

In recent years he has branched into different fields working on several fashion and film projects including collaborations with Nick Knight OBE, Gareth Pugh, Erdem and British Vogue as well as features in King Kong Magazine, Esquire, Hero and Man About Town.

As charismatic figure, he has appeared in two short dance films directed by Pennefather Productions, co-starring with Francesca Hayward and Natalia Osipova, as well as the role of Tybalt in the highly acclaimed feature length film “Romeo and Juliet Beyond Words”. 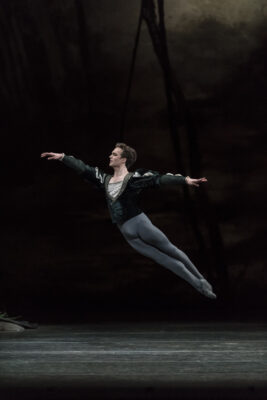