Born in Novosibirsk, in Russia, Anna studied dance at her local dance school before joining the Bolshoi Ballet in 1997. Promoted to soloist a year later, she was coached by the legendary ballerina Raisa Struchkova. In 2004, she joined the National Hungarian Ballet as a principal and since 2007, she has been developing in this position at the Het Nationale Ballet in Amsterdam.

Her repertoire includes all the major classical roles, although she also boasts an impressive contemporary repertoire. She has also created several roles, particularly under the leadership of Christopher Wheeldon, Alexei Ratmansky or even Hans Van Manen.

In 2008, she received the “Alexandra Radius Prize”. In 2013, she was given the Benois de la Danse for Cinderella by Christopher Wheeldon, and in 2014, she won the Open Prize at the Dance Grand Prix.

Her films include Quichote, Cinderella, Giselle and the Nutcracker.

We would like to thank Anna for stepping in to replace Igone de Jongh, who has a calf injury. We wish Igone a speedy recovery. 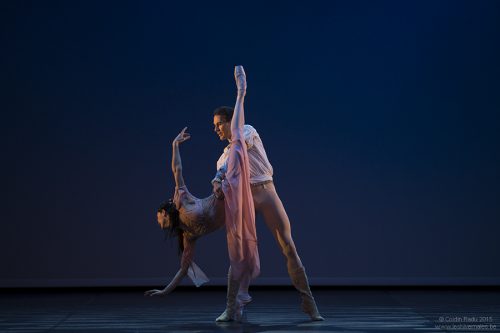