Hailing from Indianapolis, Constantine spent most of his early life in Hawaii where he began dancing aged 5, at the Pacific Ballet Academy in Honolulu.

At the 2007 Youth America Grand Prix, he took the bronze medal at the junior category final in New York. He was immediately awarded a scholarship to the prestigious Kirov Ballet school where he studied under Vladimir Dioulouhadze and Anatoli Kucheruk from 2007 to 2010. He entered the competition again in 2008 and once again received the bronze medal in the same category. In 2010, he switched style and worked with Peter Pestov and Tadeusz Matacz at the John Cranko school in Stuttgart. In 2011, he won the Grand Prix at the Tanzolymp competition in Berlin.

Freshly graduated, he joined the corps de ballet at the Stuttgart Ballet and was promoted to demi-soloist barely six months later, and principal dancer in 2014, rising dramatically through the company!

Always on the look-out for new challenges, he joined Les Grands Ballets Canadiens and then became the guest soloist for the Dutch National Ballet, before finally joining the company at the beginning of the 2018-2019 season as a principal dancer. 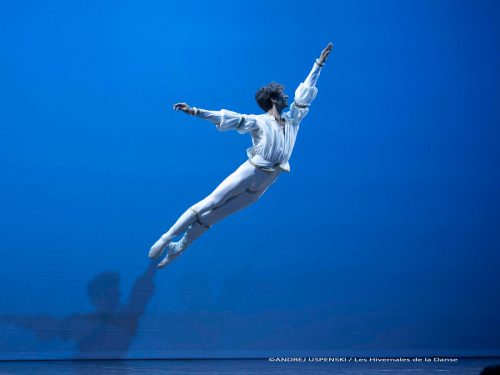