click me
| Les Hivernales de la Danse
Originally from Buenos Aires, Argentina, Ludmila began her intensive dance training at the Instituto Superior de Arte del Teatro Colon. She had the chance to work with renowned teachers such as Rina Valverde, Mario Gallizzi, Andrea Bengochea, Héctor Barriles, Mirta Furioso and Olga Ferri. End of 1999, she decided it was time for a new challenge and joined the National Ballet of Santiago de Chile at the age of 15 and a half, and was promoted to soloist two years later, being offered leading roles in the company’s productions.

Winner of the “Igor Youskevitch” Prize in 2003, she won the silver medal at the 7th International Dance Competition in New York and was offered a one-year contract at the American Ballet Theater. That same year, she decided to take on another challenge, this time in France, by becoming the first Argentinean dancer to join the Paris Opera Ballet. She reached the title of Coryphée in 2006, and Sujet the following year. At the end of the annual Concours, Ludmila was promoted to First Dancer on 18 November 2009. The same year, she was awarded the “Premio Konex” by the Argentine Konex Foundation.

On 22 March 2012, during a performance of “La Bayadère”, broadcast live in cinemas across Europe, where she danced the role of Gamzatti, Ludmila was promoted to Principal Dancer of the Paris Opera Ballet.

Regularly invited to other companies and to the most prestigious international Galas, she has performed in “Paquita” at the Bolshoi, “Giselle” in Almaty (Kazakhstan) and in “La Sylphide” at the Mariinsky.

Ludmila was awarded the honorary rank of “Chevalier des Arts et des Lettres” as well as the coveted “Benois de la Danse” for best dancer in 2017, in front of a very prestigious jury chaired by Yuri Grigorovich.

In 2022, she has quite naturally signed the preface of the anniversary book of The Hivernales de la Danse, “10 ans d’Etoiles”, having participated in the very first edition of the Gala in 2013 with Mathieu Ganio, as well as in 2018 with Karl Paquette. It is with great pleasure that we find her for this 11th edition alongside the Belgian Thomas Docquir. 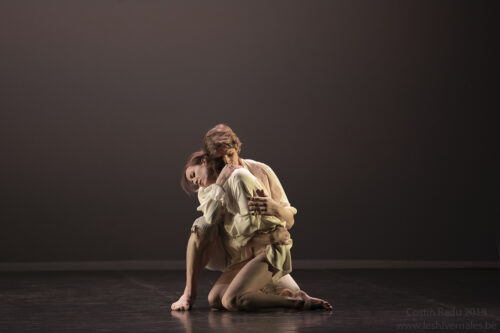