click me
| Les Hivernales de la Danse
Born in Germany, Anne initially trained intensively in rhythmic gymnastics. At the age of 14, she started classical dance classes, while participating in the Atlanta Olympic Games and in many international competitions as a gymnast. It was then time to choose. Turning towards dance, Anne continued her training at the Hochschule für Musik und Tanz in Köln, from which she graduated in classical and contemporary dance in 2008.

She then took a year off to take part in various artistic projects, notably at the Wuppertal Festival, in Bonn, in Dortmund, in Aix and in Köln. In 2009, she received a scholarship from the Kunststiftung NRW and joined the Ballet Theatre of Mainz in Germany, under the artistic direction of Pascal Touzeau.

In 2014, Anne joined Nederlands Dans Theater I, before becoming a member of the Dresden Frankfurt Dance Company in 2017, under the artistic direction of Jacopo Godani.

Drawn to choreography, she created “#onewithtwo” for NDT Switch in 2016, followed by “#twowiththree” and “#threewithfour” for the Dresden Frankfurt Dance Company.

Winner of the 2021 Dysart Prize, an award to support promising choreographers, she was commissioned by the Louisville Ballet to create “#fourwithsix”. Anne Jung has also been nominated for the “Benois de la Danse” for Best Dancer in 2021 for “Carnegie Solo” by Samuel You-Wright. 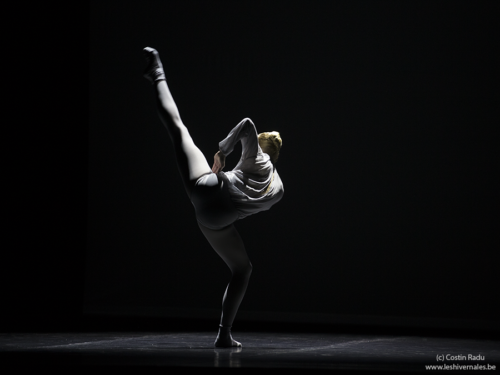