Originally from the Portuguese islands of the Azores, Inês Ferrer began her training at the Faro Ballet school, before joining the Superior Dance School in Lisbon.

She joined the National Ballet of Portugal in 2013 where she has been entrusted with soloist roles from the company’s classical repertoire:  Sleeping Beauty, Giselle, Swan Lake, La Bayadère.

As versatile dancer, she has embraced the neo-classical repertoire by dancing in pieces such as “Short Cut” and “5 tangos” by Hans Van Manen, “Shostakovich Pas de deux” by Yannick Boquin, “Sérénade” or even “Concerto Barocco” by George Balanchine.

In more contemporary registers, we can see her in: “Orphée & Eurydice” and “Pedro e Inês” by Olga Roriz, “Será que é uma estrela” by Vasco Wellenkamp, “Minus 16” by Ohad Naharin, “Chronicle” by Martha Graham and “The rite of Spring” by Nijisnky to name but a few.

Since the start of her career, she has taken part in many international Galas. Her art has been recognised with many awards and she was crowned “Best Soloist” during the Dance World Cup Competition. 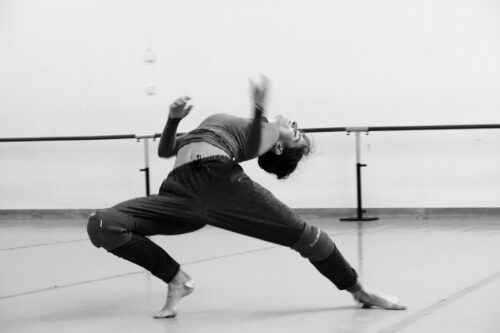