Originally from Lisbon, Miguel Ramalho was trained at the “National Conservatory Dance School”. Directed by Vasco Wellenkamp, he joined the “ Companhia Portuguesa de Bailado Contemporâneo”, dancing skilfully in the company’s most important national and international successes. He then joined the National Ballet of Portugal where he shines in various roles in the company’s classical and contemporary repertoire such as Sleeping Beauty, Giselle, the Nutcracker, Don Quichotte, Firebird, Swan Lake or even Romeo & Juliet.

In 2012, the Portuguese press made him their “Dancer of the Year”. Three years later, he was promoted to Principal Dancer in the company and was invited by Faustin Linyekula to take up a residence in the Congo before dancing his new creation: “Portait Series – IMiguel”.

2019 was his crowning year, receiving the medal of honour and merit, and he joined the company’s ranks of Principal dancers.

In 2017, he began his career as a choreographer, creating variations for prestigious institutions and companies in Portugal and internationally. Two years later, he became the first choreographer to jointly create a work with the great Vasco Wellenkamp, his director during his first professional contract, as the student became the master. In 2021, he was invited to create and share an event with the Belgian dancer and choreographer, Sibi Larbi Cherkaoui, planned for March 2022 at the National Ballet of Portugal. 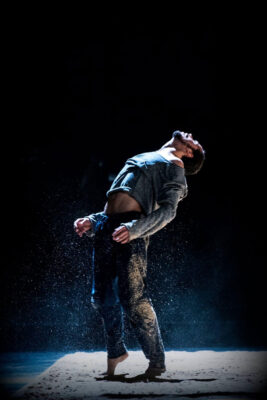