Hailing from Canada, Ève-Marie trained at the « École Supérieure de Ballet du Québec », directed by Anik Bissonnette, between 2011 and 2016. She took her first steps on stage during the School’s annual Show. She took Summer Intensive course of the “Arts Umbrella” in Vancouver in 2015 and of the “Nederlands Dans Theater” in 2016. During these same years, she was awarded the “Prix Avenir” by the city of Longueuil in Canada and the “Danse-Danse Award” in Montreal.

As a budding artist, Ève-Marie joined the “NDT2” in 2016, directed by Nancy Euverink and Fernando Hernando Magadan, performing all over the world the works of today’s most talented choreographers. Eager to support and facilitate new initiatives and artistic voices, she has become a Freelance Artist in 2019. She continues her artistic journey by joining the “Klever Dance” company by Kristian Lever for a year, before joining the “Nunes Dance” company, directed by Juliano Nunes, for the 2020-2021 season. At the same time, she will take part in new creations by Wubkje Kuidersma, Antonin Rioche and Parvaneh Scharafali, produced by “Korzo Theater”.

Ève-Marie also shows an interest in teaching. Since 2019, she has been giving numerous workshops and Summer Intensive courses in American universities, in European festivals, by way of Japan, all of which enriches her universe…

In 2020, she was the creative coach for the “Young Talent Project” organised by the “NDT” for the “Royal Conservatory in The Hague”.

Most recently, Ève-Marie has joined Alexander Ekman’s team, having already supervised the staging of “Cacti” at the “Royal Swedish Ballet”, and assisted Mr Ekman in the production of “PLAY” at the “Paris Opera Ballet”. 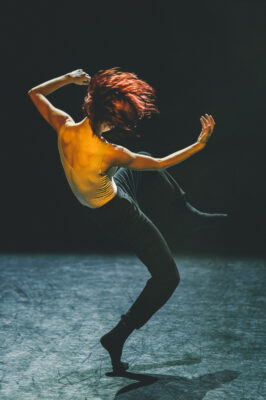